The Brixton Academy Wasn't Built in a Day 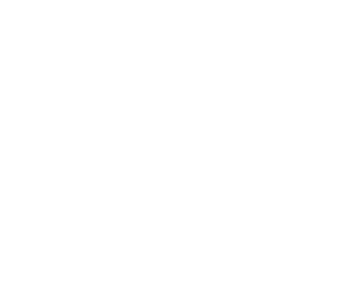 Every band dreams of selling hundreds of shirts on day one, and running into strangers on the street who are wearing them loudly and proudly.

Every band dreams of people asking those strangers about their shirt. "Who is that?", "What do they sound like?", "Are they good?" And every band dreams that those fans respond with "Only the best band ever," "You need to listen to this song, it's my favourite," "They are so good live."

What an absolute buzz.

Every band dreams of making bank on the sales of their first run of shirts. The bulk purchase having saved them mega-bucks on the individual price, and their profit margin maxed out. They're rolling in cash and life is bloody great. Their band is enjoying endless streams from all that exposure and sitting back in their mansions sipping on bevs and laughing at just how easy it was to become a star.

That's the dream. But no musician has ever said it was easy.

Especially during these uncertain times, music is a hard industry to earn a crust in. It's important to find realistic ways to legitimise ourselves with merch. Because merch does work. It will always work, and it always has.

Merch needs to be of a standard that encourages your fans to wear it over and over, and stick it on their wagon. The fit, feel, and quality all play a part in the overall timely wearability of the shirt, but it also plays into the price.

At first getting great quality merch may seem expensive when you and your bandmates need to eat as well (if you're not already forgoing food to keep strings on your guitars).

There is more than one way to skin the merch cat.

(Disclaimer: I love my cat and have no intention of skinning it. It's just a figure of speech, please put the lids back on your red paint.)

One band we supply started by having 20 shirts made at a time. They would give a few of those to the bar staff at venues they were playing shows at for promotional purposes. By taking the cost of those shirts on themselves, they legitimised their act and the punters saw their name for hours during the show.

It got clothes on the back of people who live and breathe the music scene and gave an air of exclusivity to the staff. In turn, people wanted to feel included and bought shirts from the merch table.

The band also saw good return on handing out free stickers, another very cost-effective means of establishing a market for their merch. They found it easier to sell much more merch because they'd built themselves a brand that was spreading faster than a high density housing estate on the outskirts of Sydney.

The moral of the story is that you don't have to be the next Disney of merchandising right away. You need to think outside of the box for creative promo ideas before you go public and float your band on the Nasdaq.

A marathon begins with a single step.

If you're looking for creative ideas on how to promote your brand, speak to us! We have years of experience, not only in the music scene, but with promotional items and tools.

Never seen a band have a photo board with face cut outs while they were playing for fans to pose on stage with them? Maybe you can be that band. Always wished a band you like would release a particular item that seems a little nutty but cool? Speak to us today and we can make that your thing.